This essay summarizes each of the inventions that I studied this week and how they impacted history and the most interesting thing I learned this week, and why.

The English Longbow was almost always as tall, or even taller, than the archer.  In 1252 there was an update that said that all of the king’s men must carry a longbow.  It was very hard for beginners, so king’s men began training as boys, so they could be ready when it was time to fight.

The earliest spurs were straight, but they later evolved into the round spur over time. The spurs allow greater control of the horse and allow the rider to help the horse overcome fear. Their symbolic value was their most defining characteristic.

The blast furnace melted iron ore efficiently, and it was cooled as ingots into pig iron.  Iron demand increased in the 14th century due to bell-making and spread of cannons, and thus the increased use of blast furnaces.  Innovation in the blast furnace contributed to the Industrial Revolution.

Plate Armor evolved from chain-mail.  It was light and could block most of the attacks at that time.  While Knighthood had been around in Europe since the 13th century, by the 17th century, armies were staffed with Knights wearing full body plate armor.  It can be said that nation-states and Liberty both grew out of the legacy of plate armor.

This essay is summarizing each of the inventions that I studied this week and how they impacted history. Also, explain the most interesting thing I learned this week, and why.

Before spectacles old ages was a threat to scholars and to the division of labor. For scholars, old age meant bad eyesight. For the division of labor, they had to put people into early retirement for bad vision. A gradual increase in theories of optics and vision led to the first eyeglasses,. The glasses thwart the effects of old age on our vision. They were adopted by the elite, and then by masses. 60% of the population use glasses, contacts and other visual aids that evolved from the glasses.

Before the Mechanical clock there were only two types “clocks” although they were not precise. If the clocks lose track of time you might think that it is 7’o clock, when it really is 11′ o clock. After the mechanical clock was invented, keeping track of time was much easier. You could schedule things better, tell time easier, and have a more accurate to-do list and do it.

Before the paper mills, people had to make their own paper, which was hard to do because you would have to do everything by hand.  You would have to chip the wood, heat it (and don’t let it burn), and even bleach it.  All for a few pieces of coin.  At least it wasn’t hard to write on like animal skin or bones.  When the paper mills were invented, people didn’t have to do so much work.  Even the fiber was taken out of the paper to make it less HARD.

Robert’s scientific inspirations were founded in Christian theology.  He made important advances in optics (rainbows) and pointed out flaws in Aristotle’s philosophy.  His colleagues and successors treasured his work and recited him in defense of their own theories.  His intelligent heirs further developed science and planted the seeds of the Protestant Reformation.

My favorite invention I learned about this week is the spectacles. It’s hard to think that the glasses were invented centuries ago, and everybody around me uses them.

This essay is about the inventions I learned about this week.

Clothing before buttons relied on heavy metal brooches, pins, and cloth drawstrings. Buttons fasten form-fitting clothes snugly to the body and improve heat retention. The nobility adopted buttons first, and this inspired the lower classes to imitate them.

Tempera painting was dominant as art style progressed from Romanesque to Gothic. Jan Van Eyck adapted oil paint to portraits and landscapes and invented this technique. Oil painting makes it possible to capture much more depth and detail and paint photo-realistic images. Van Eyck style was popular and quickly imitated throughout Northern Europe. His technique was transmitted down to Italy and incorporated into the Renaissance painting movement. 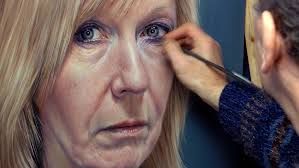 Before the cannon, Europe was decentralized with stone castles populating the landscape. Gunpowder and bell-making led to the invention of the first cannon. Cannons were revolutions in firepower compared to the trebuchet. They spread by word of mouth through the military victories they produced. They helped bring in the early modern era as the social order of the Middle Ages faded away. 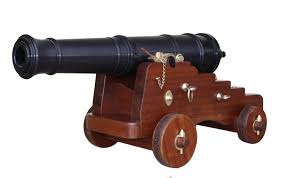 This week I learned about the trebuchet, distilled spirits, the vertical windmill, and the stern-mounted rudder.

The trebuchet was inspired by the sling, and evolved from the earlier tradition trebuchet.  It hurls missiles hundreds of feet and can destroy thick walls.  Its reputation spread by word of mouth because of its repeated success in battle.  It had significant impacts in China, Europe, and the Islamic world.  The Mongols used it to stop the Islamic Golden Age. 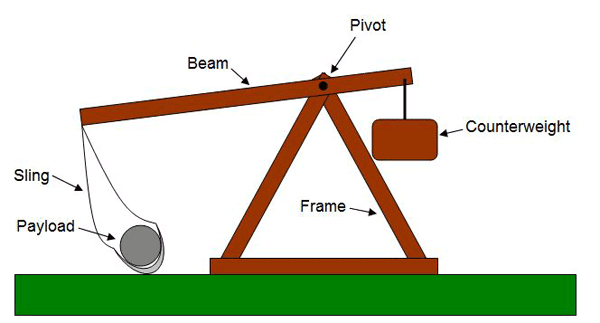 Distilled spirits were the first innovation in alcoholic beverages in thousands of years.  The crucial insight came when distillation moved away from the domain of the alchemists and was used for more practical experiments.  Spirits were known to “gladden the heart” and improve mood.  It quickly spread throughout Europe from 1100-1500 AD.

Water wheels were the dominant power source in Europe until about 1100 AD.  Horizontal windmills were developed in Persia, and the vertical windmill arrived by the 12th century in Europe.  Windmills convert wind energy into power and could operate mills in locations far from flowing water sources. They spread and evolved steadily through the 19th century.  Though largely replaced by modern power sources, they remain useful in areas where electricity isn’t available. 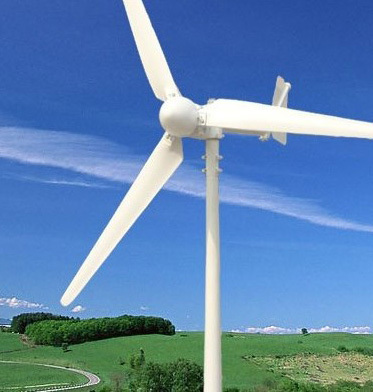 The oversized oar was the original method used for steering ships, but it limited how big they could become, which inhibited trade.  The rudder makes it easy to steer very large ships, safely, and reliably. Its development stimulated world trade and travel.  It is still in use today on ships, and especially on jets and airplanes. 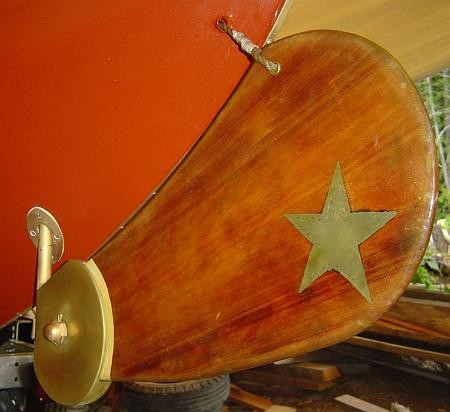 This week I learned about universities, the wine press, the ribbed vault, and the chimney.

Small schools were in use to train bishops and created large new bureaucracies.  The lure of secure income from bureaucratic jobs persuaded parents into sending their children away. 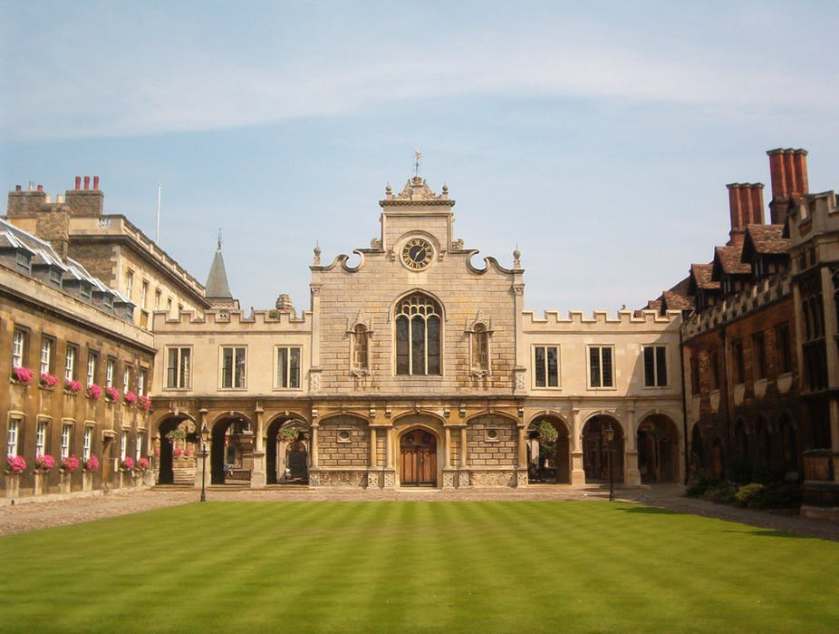 The press increases the amount of juice recovered and is safer than treading.  The monks built them starting around 1000 AD.  The design was good, demonstrated by the fact that the basket press is still used today.

The ribbed is an architectural design vault that allowed very high windows, ornate ceilings, and high walls that could be decorated in beautiful ways.  The ribbed vault is important for the Gothic architectural style. 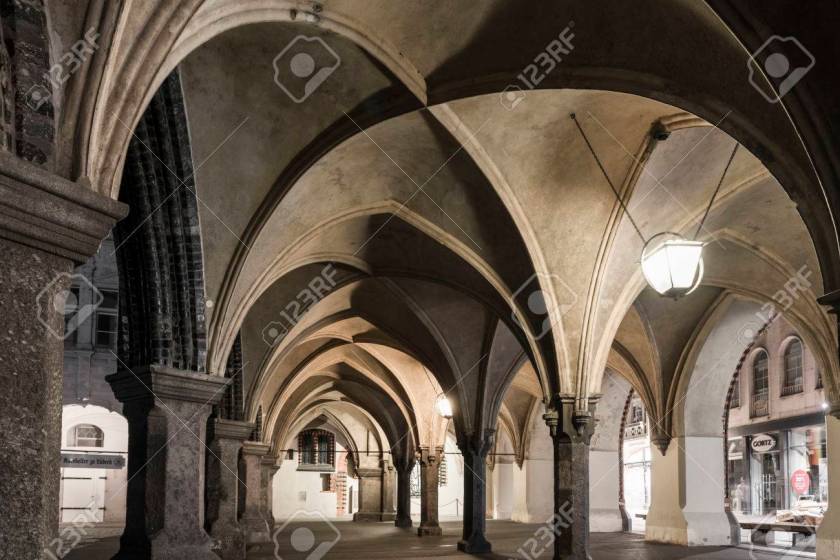 The chimney vents harmful gases into the atmosphere.  Because of the chimney, houses started to have in-door kitchens.  The chimney is good for warming up a room or person in the winter.

As you can see, all these inventions are very important.

This week I learned about four scholars:  Al-Kindi, Al-Khwarizmi, Al-Razi, and Al-Hazen.

Al-Kindi invented crypto-analysis techniques and marketed translation to patrons in the House of Wisdom.  He was immersed in the scholarly culture and wrote a broad array of topics.  He was a God-fearing man and rejecting alchemy.  God is the only one who can change one substance to another.

Al-Khwarizmi was a mathematician known as the Father of Algebra.  His work was influential because it was practical which unlocked the potential of mathematics, and would heavily influence medieval European scholarship.

Al- Razi was a doctor and discovered smallpox.  His works became popular in Europe and were incorporated into the basic curriculum of the universities.

As you can see, the Als were important people.

My favorite style of art is Impressionism.  Artists realized that people who were born blind and later made able to see through eye surgery had difficulty distinguishing objects around them.  Instead they saw patches and shapes of color.

Impressionist artists believed that these raw sense impressions revealed foundational knowledge about the universe.  So they painted pictures full of color patches.

Claude Monet (1840-1926) is the most famous impressionist artist. His paintings show his personal struggle to find real knowledge about the universe:

Here are a few of his many paintings: 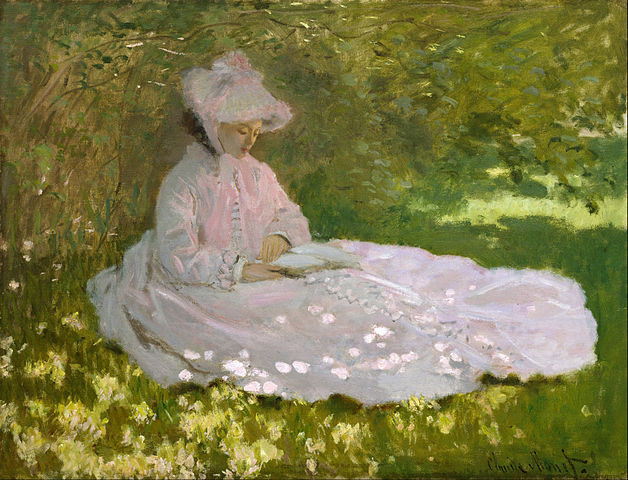 Woman with a Parasol

My parents meet my criteria for being the best parents in the world, the universe, and the galaxy.

I’m inspired by my parents because they love me, help me, and do anything to make me happy.  They taught me to be kind and compassionate. They build my self-esteem. They always make sure I’m happy. My Mom goes out to work, and when she comes home she almost always brings home something for me, and always tries to spend time with me and my Dad.  My Dad stays home and cooks, cleans, and takes care of me and my Mom. He is always willing to help me with school, decorations for my room, or help my Mom with a presentation she has to do.

My parents are doing something that their parents never did for them. They’re supporting my dream to become an actress on Broadway.  My Dad’s parents wanted him to be doctor; my Mom’s parents wanted her to be a teacher.  When I grow up I’m going to have child, and I’m going to treat that child just as how my parents have treated me, or better, if there is something better, or greater than how my parents treat me.

Children think the world of their parents. I think the universe of them.

My dream job is to be an actress on Broadway.

I love acting, singing, and dancing.  I’ve been acting since I was six.  I want to be an actress for many reasons.  Let me just scratch the surface.  Firstly, I love the makeup, the costumes, the props, the sets, and the lights.  Secondly, the attention; I’m an only child.  However, I’m not the type of person that constantly needs attention.  Somehow, on stage it’s different.  Finally, I love acting because of the hustle and bustle back stage.  I love being around all the people, since I’m an only child, and a homeschooler.

As you can see, acting is a lot of fun.

I love birthdays not only mine but everybody else’s.  What’s there not to love?  The cake, the presents. But my personal favorite is the presents!

For my ninth birthday, I got loads of presents and all of them were awesome.  But, I have two favorites. My friend Erin gave me two presents.  One was something called Plush Craft, which was a pillow that you could decorate.  The second one was something called Wixi Stixs which are sticky wax sticks that you can shape to your heart’s content.  For my tenth birthday, my best friend Zafron gave me Bey Blades and a purse.  A Bey Blade, in my dad’s words, is a “fancy spinning top.”  This is basically what it is.

Birthdays are awesome, especially with cake and presents, and goody bags that have candy in them. Do you like birthdays as much as I do?